His team eventually lost 5-3 in a penalty shootout meaning the Blues future in the tournament rests on the outcome of the other game in Group C.

Rovers went ahead through whiz kid Joe Nuttall who notched his third in three games since being promoted into the first-team after impressing in the under-23 side.

They then had Scott Wharton sent off for a second yellow after a clumsy tackle. Mowbray questioned the dismissal but put it down to naivety and believes Wharton will learn from it.

Jordan Slew equalised for Rochdale and it looked odds-on that they would make their numerical advantage count but to their credit, Rovers held on to force the spot-kick lottery but it wasn’t to be their night in the end. 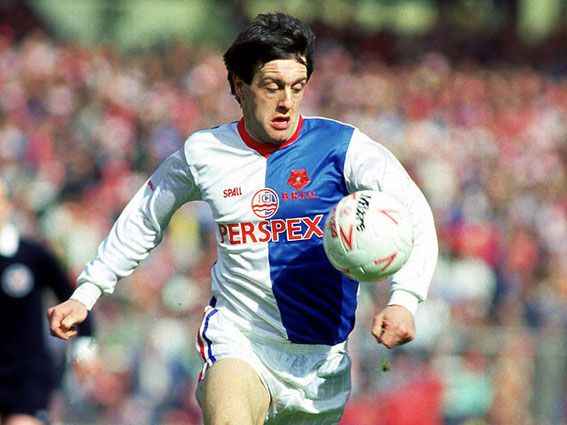 Blackburn Rovers managed to keep their good current run by beating Scunthorpe 1-0 away from home. This win makes it the fourth successive victory for Blackburn Rovers after a difficult start to the season.

However, the match was not that easy, and they had to dig deep in order to come out with the win. Indeed, Scunthorpe was unbeaten before the game, and they showed why during the match.

Blackburn Rovers manager Tony Mowbray admits that his side are still working hard to bolster the squad before the close of summer transfer window.

The Rovers boss has already made nine signings to date, but he is said to be eyeing another recruit before August 31st’s 11 pm deadline.

Cardiff City will part ways with Peter Whittingham after his decade long career this summer.

The former England under-21 international has decided to link up with Blackburn Rovers, who will be plying their trade in the third tier of English football next season.

Coach Tony Mowbray has started making plans for the forthcoming season after a disappointing run that ended in relegation.

The team picked up some form in a late rally but it was not enough to sustain them in the division. The dramatic final day ended with them being pushed to the third tier for the first time since 1980.

Two goals in the first ten minutes were enough for a visiting Barnsley to defeat Blackburn Rovers in the English Championship.

The results were more devastating for Rovers as Bristol City won Wolves 3-1, Burton played 1-1 with Aston Villa and Nottingham Forest defeated Huddersfield 2-0. Blackburn are deeper in the relegation mess with the result – their third loss in the last three games.

Blackburn Rovers were able to force hosts Rotherham to a 1-1 draw, denying the Championship side a victory in five games.

Rovers arrived South Yorkshire with a strict game plan that worked in their favour.

Blackburn manager Owen Coyle reckons that the team had committed too many mistakes in the game against Ipswich Town and it ultimately led to their downfall.

The game witnessed both teams going into the break 1-1 after goals from Thomas Lawrence andAkpan cancelled out each other. However, there was a flurry of goals in the second half and it resulted in Blackburn losing the game 3-2. It was a major disappointment for Owen Coyle’s team especially after having managed a spectacular win over Newcastle United in the previous match. Just when it seemed that Blackburn would build on this victory, they have lost momentum once again.

Blackburn supporters might be going all the way to the subcontinent country India soon to get in contact with club bigwigs.

The supporters feel that all the noise that they are making so far is falling on deaf ears. So, the only way left for them now to get themselves heard is by meeting the owners in person.